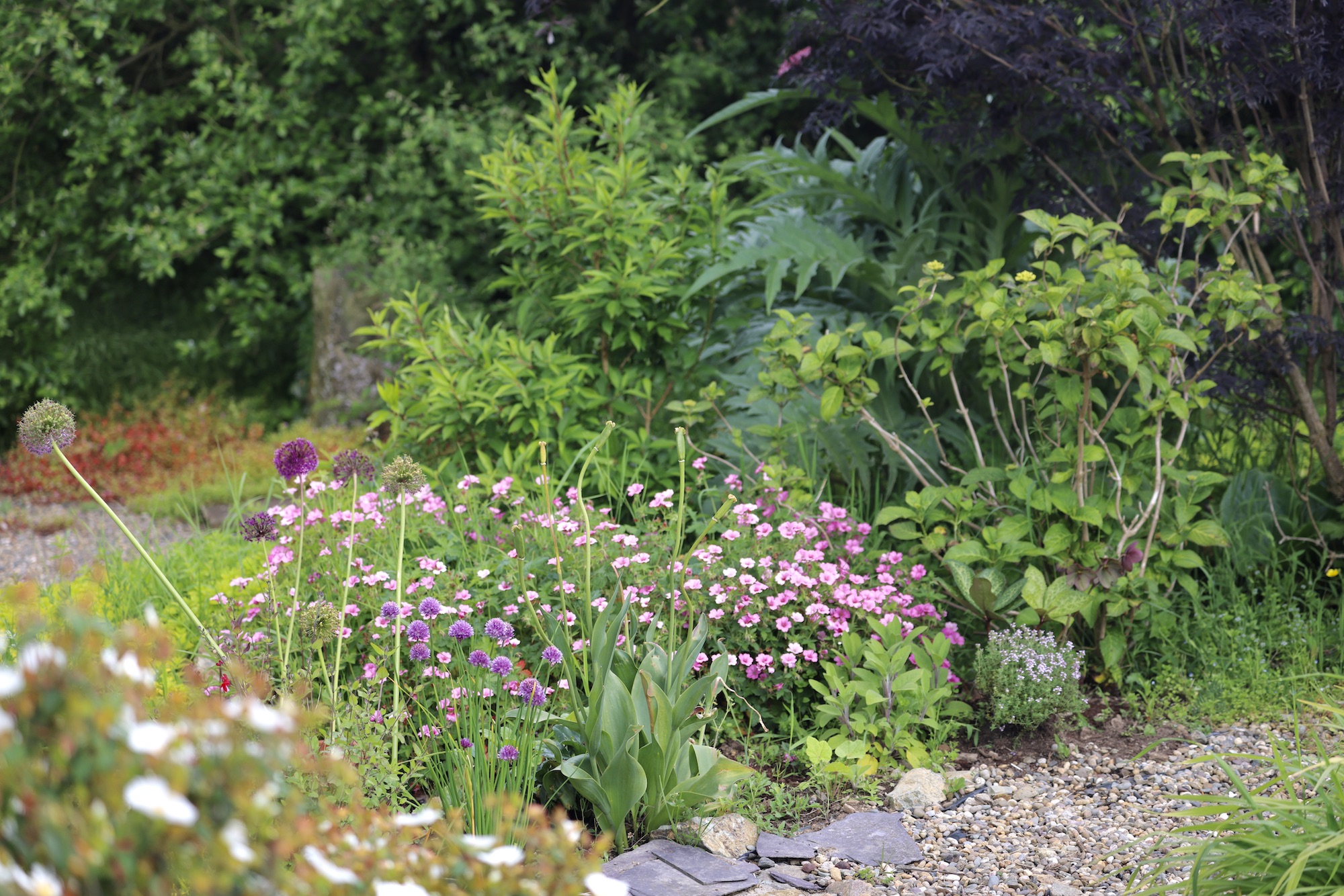 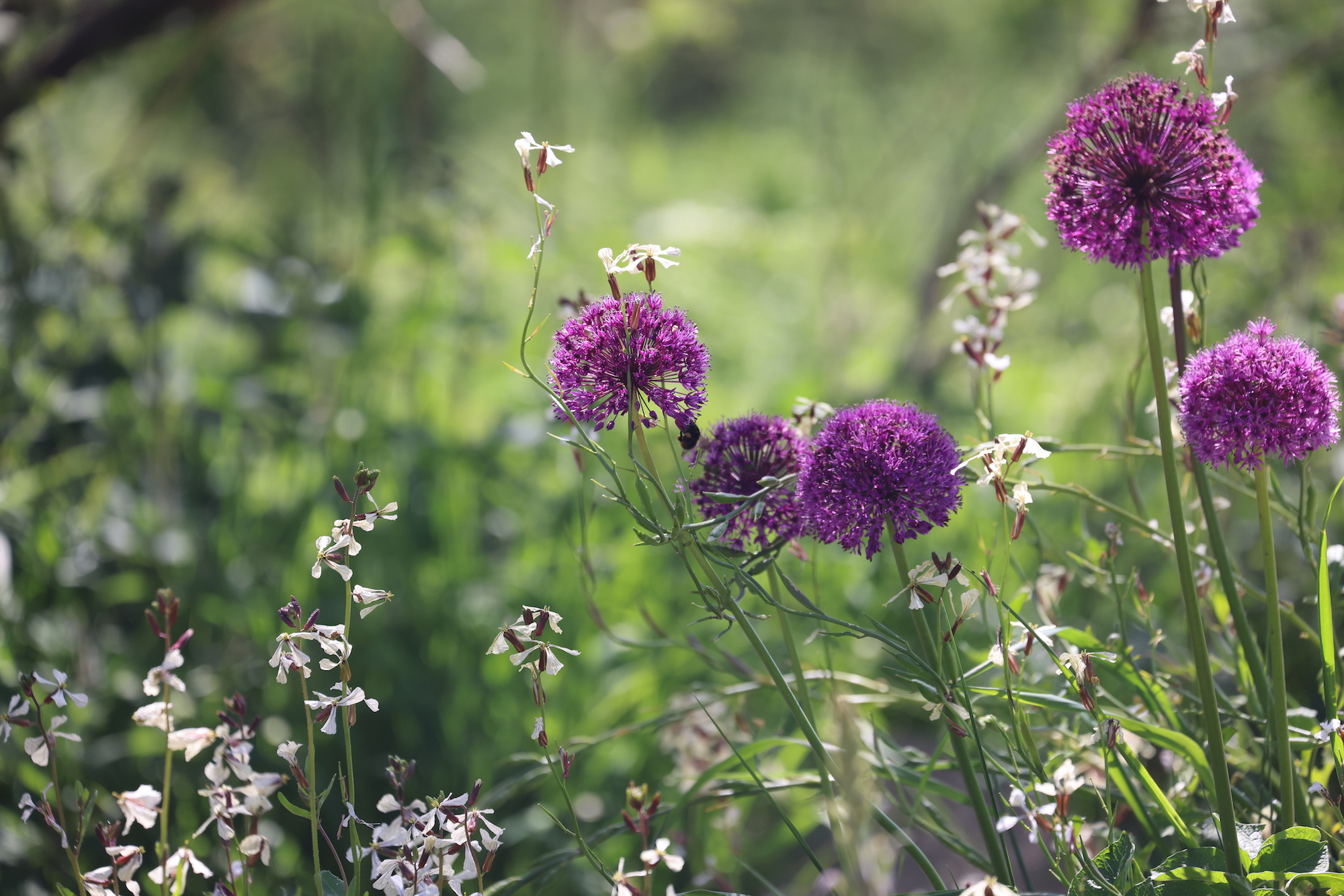 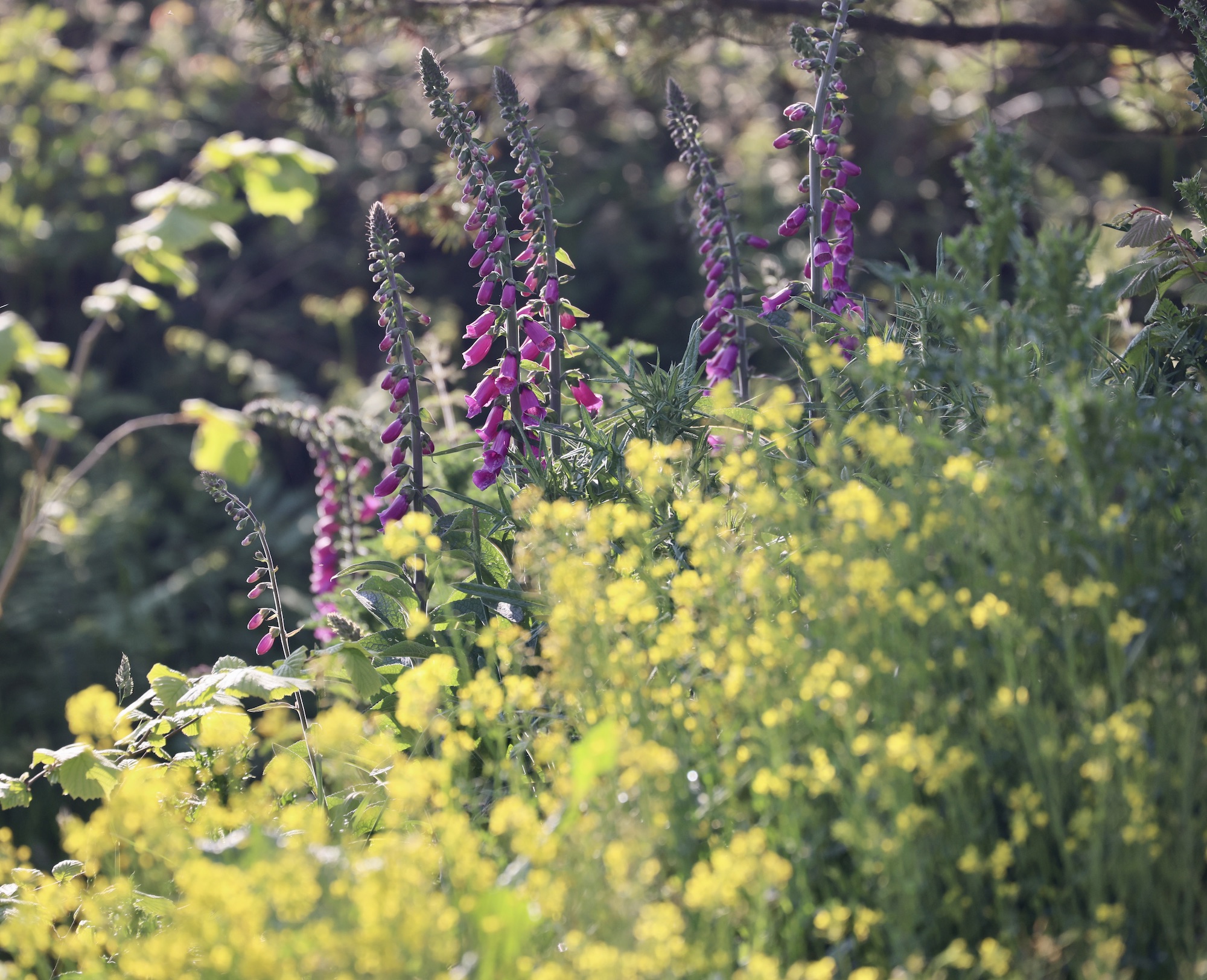 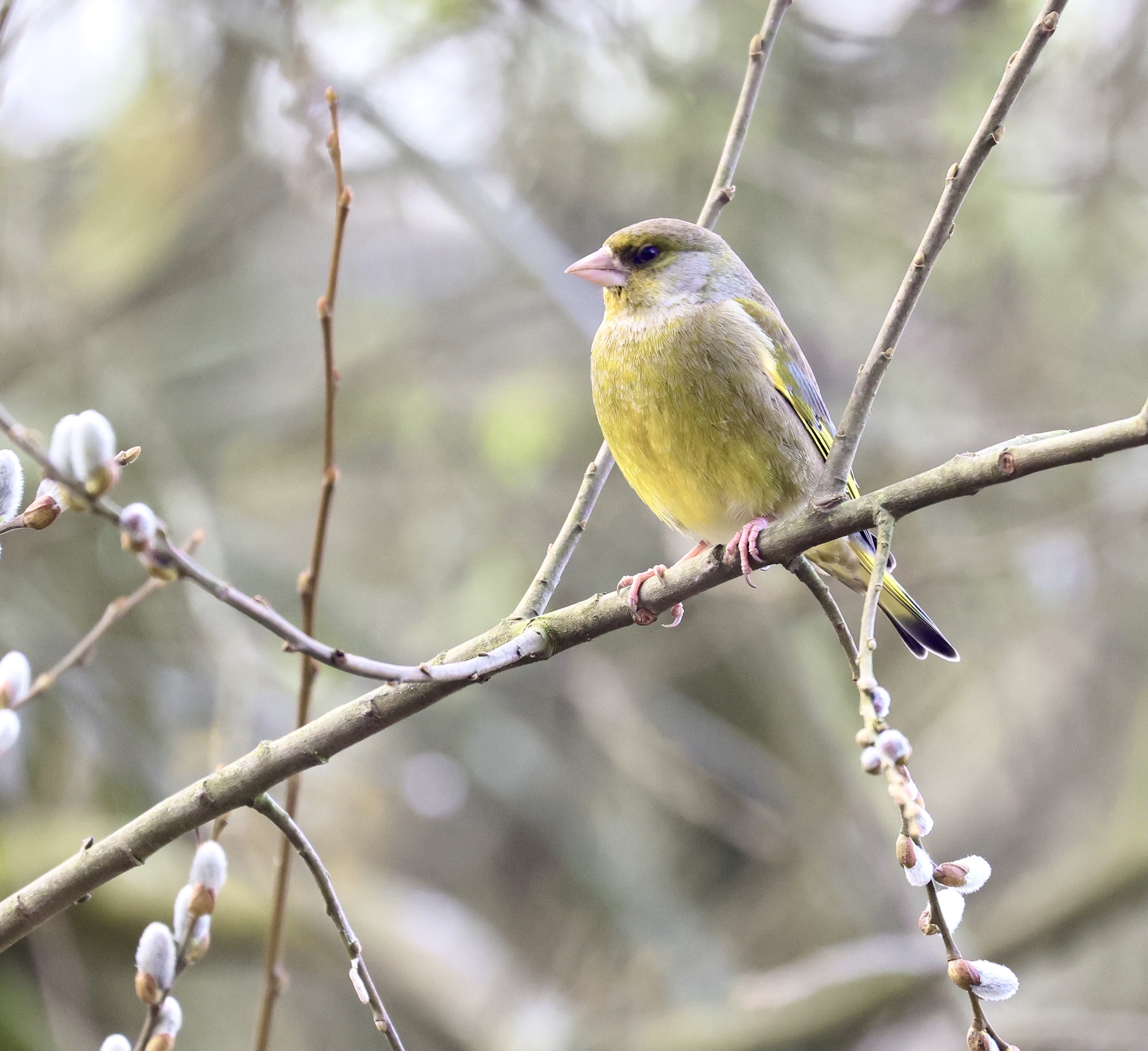 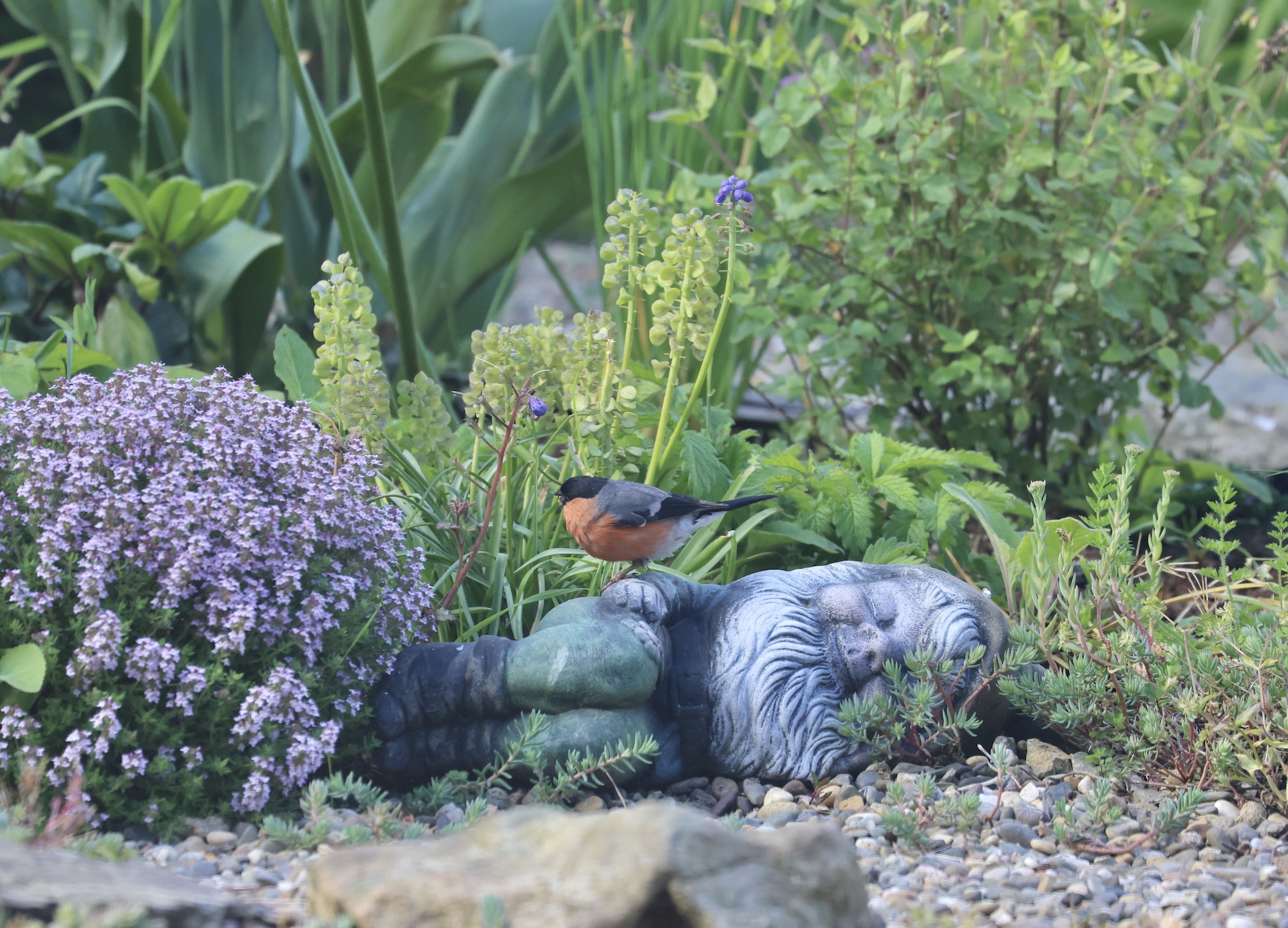 It’s always been a dream to have a wild garden, one that respects what’s going on in nature and at the same time plays with colour and delight. For so many years I have just pottered once a year to try and keep some order on mine. Gradually as I focussed all my time on the day job, gardening became overwhelming and the 2.5 acres of surrounding wilderness took over completely.

The nettles, ferns and brambles swept through the beds and killed off most of what I had planted. No bother says you, especially when it gave cover to animals and birds which continued to thrive. But somewhere underneath it all, the dream garden lived on in my imagination. Then came the pandemic!

I have written before about the sadness and disruption that the last two years have brought to us all, but there was also an upside. During the lockdowns, myself and Himself got stuck in and unearthed gravel paths, built a a few more paved areas and created raised beds. This has allowed us to reclaim our little patch of garden and it is now much closer to the bliss I was dreaming about.

There are herbs planted long ago, all fairly mature now. I’ve added more herbaceous plants too, all good for long flowering and for pollinators. The woodland has been extended with the addition of many more native trees. The wildflowers in the hedgerows, in particular the foxgloves I love so much have mixed seamlessly with the new additions. All is well in the world when a garden is tended and blossoming.

It’s heartening to hear about others who are also learning to manage their gardens for biodiversity and pollinators. Even keeping a large patch of nettles, or allowing blackberry brambles their own spot is a good start. I’ve realised that the twenty years of neglect was probably crucial in saving the birds and animals that make their homes alongside us. In spite of the dead zone that most farmland has become, hares still leave their leverets in the undergrowth of this small patch and the ditches are brimming with bees.

The penny is beginning to drop for the farming community too. It’s not been their fault that rye grass has taken over from multi sward meadows. Teagasc the advisory body in Ireland has given them terrible advice for years. I sense a turnaround. I want to scream that some of us have known for years how tragic their advice was for our beautiful country, but it’s better to encourage the idea that it is never, ever too late!