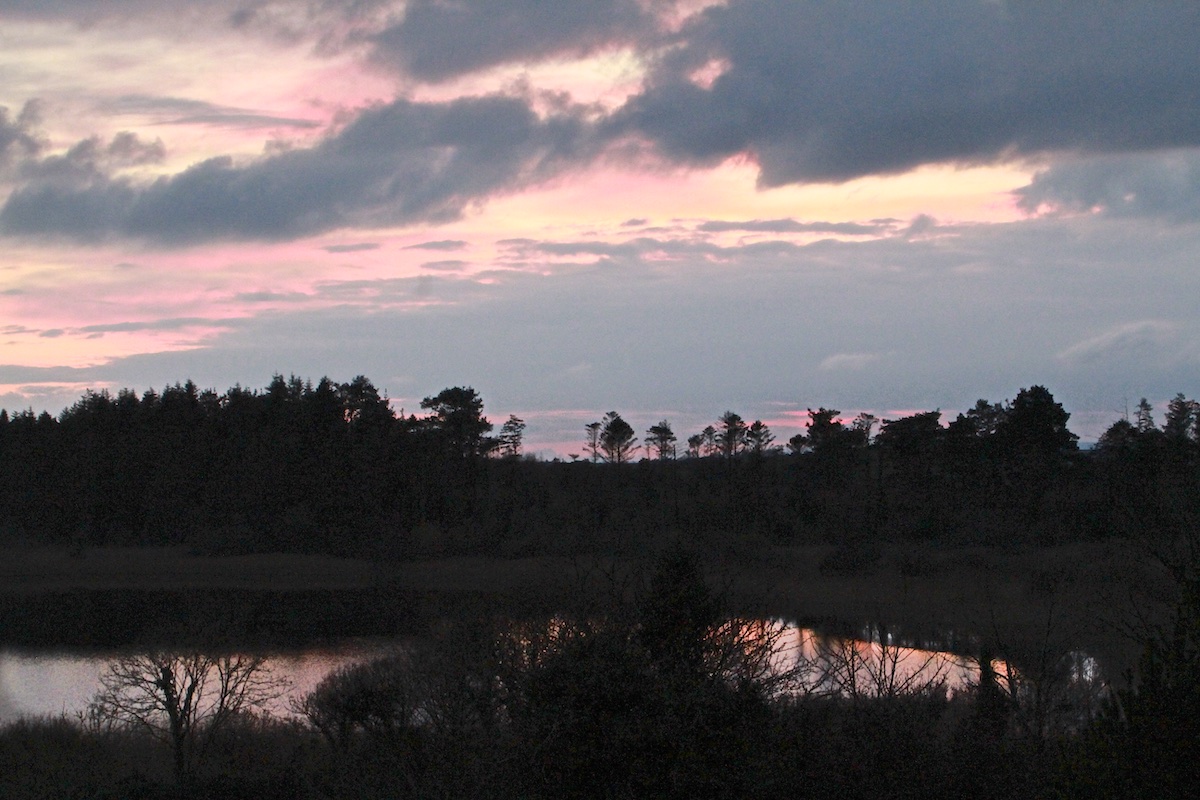 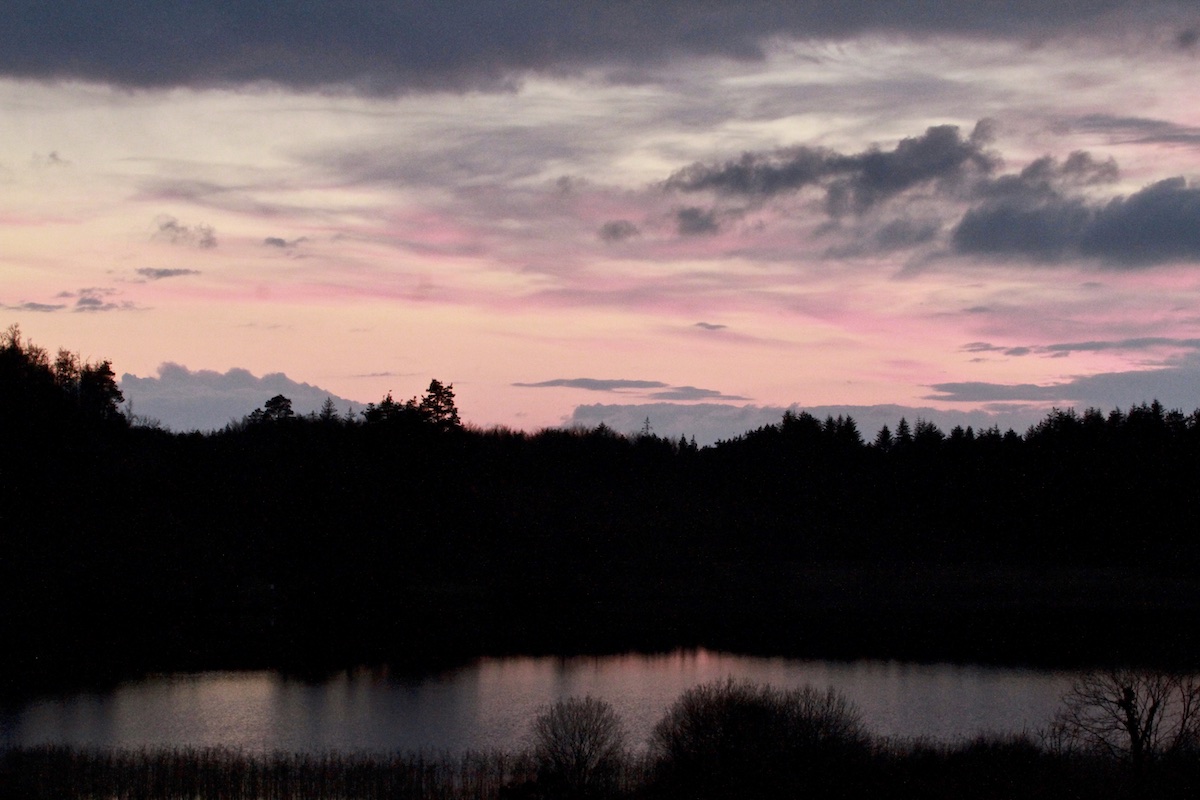 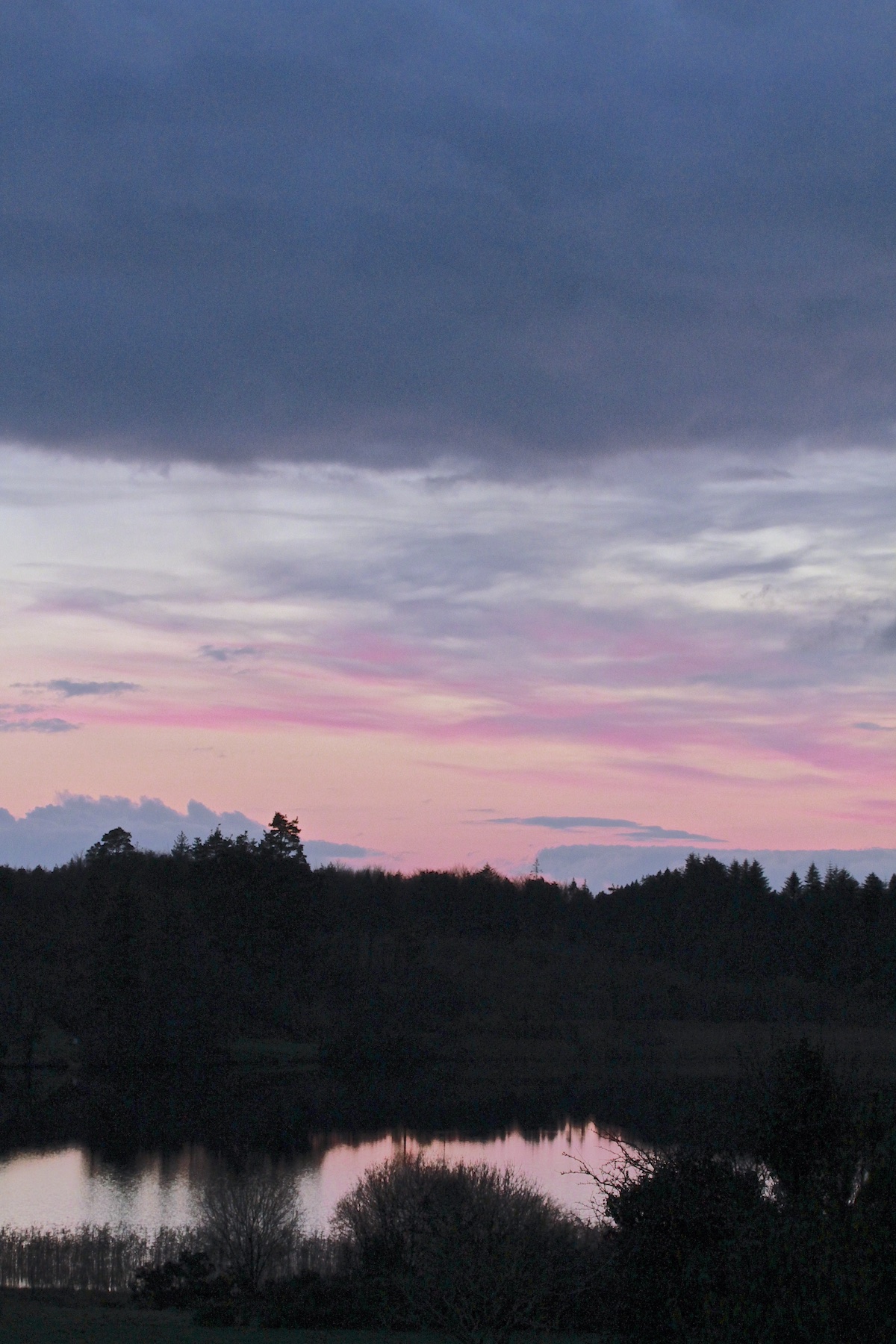 She stood in the storm, and when the wind did not blow her way, she adjusted her sails.

It was my son who called me to the window as this deep pink sunset filled the sky. It never ceases to draw us there to stand and stare. You can keep your golden yellow streaky skies! Something about this deep pink, which only dominates at certain times of the year, always lifts my spirits.

The deep pink is featuring a lot this month. I completed a pair of prints for the Rogue Gallery in Waterford highlighting Cervical Screening Awareness called, She stood in a Storm. Some other artists asked me about the technique for making the images so this is what I explained!

First of all I found a number of birds nests this year including a Goldfinch’s which was built into a bay tree. I observed them very carefully to catch the precious day when the chicks would fledge. One sunny day it happened and I was able to sit in the garden and watch each one fly up into a tall beech tree and then away.

Later when I thought they were all gone, I peered into the heart of the tree to find a last little chick still sitting on the tiniest nest you can imagine. I wrote about it here.

Anyway for the first time I had a number of nests in my hands and as I explored each one I began to photography them as objects in their own right. In the end I used a thrush’s nest for these two images.

Around the same time I got a present of a dozen red roses. The whole myth and symbolism of roses struck me as the closest I could get to a combination of flowers and eggs that would represent the delicate and the vulnerable. As I told one of the other artists in the exhibition, when you poke through the branches and find a nest of eggs, it strikes you as the most extremely exposed and yet concealed place to give birth. The vulnerability, the magic and the science are all kind of boggling!!

The eggs were a photo from a pheasants nest and the tiny bird, a young finch, I found dead and held in my hand for the photograph.

I used these three layers and superimposed them digitally. First the nest, then the roses and finally the eggs, the hand and the bird. I added a lot of texture to the layers so that in the end they create this mood.

I hope this helps to explain how it all came about. I never took to Photoshop so I use a few applications that came with my Mac including Aperture as well as Camera Bag, Analogue Efex Pro and Colour Efex Pro. I also think that Picmonkey, the online editing programme is fun and very user friendly. 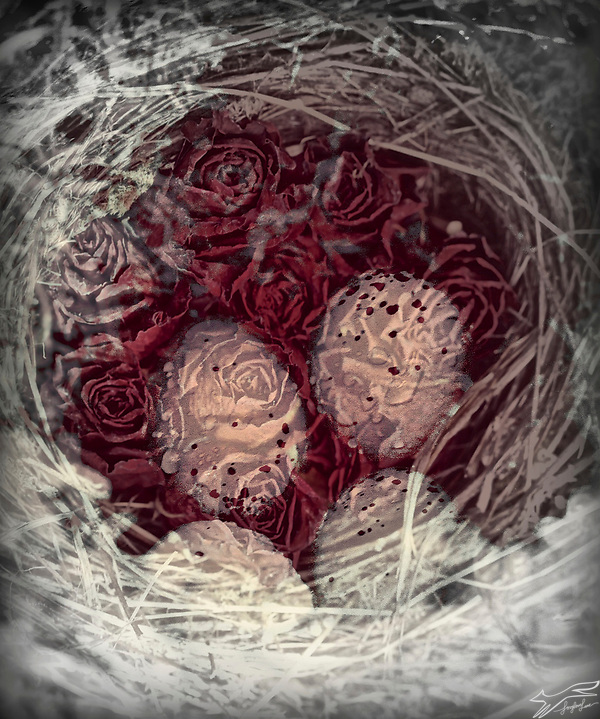 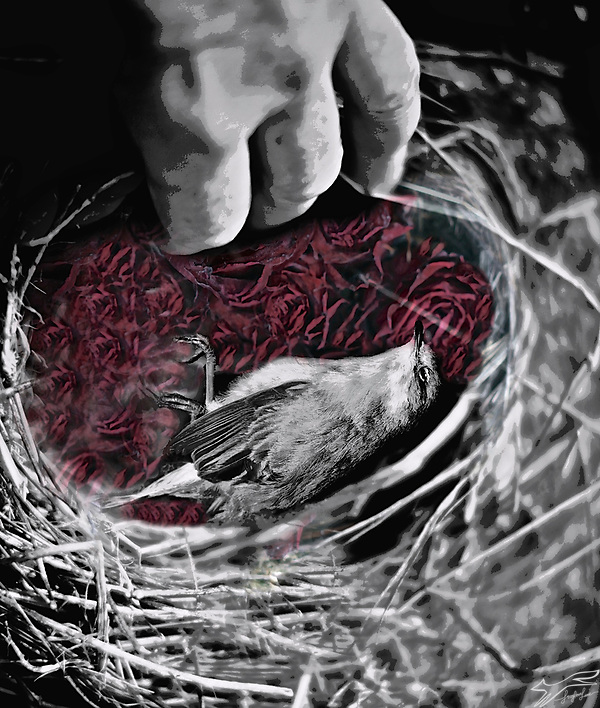