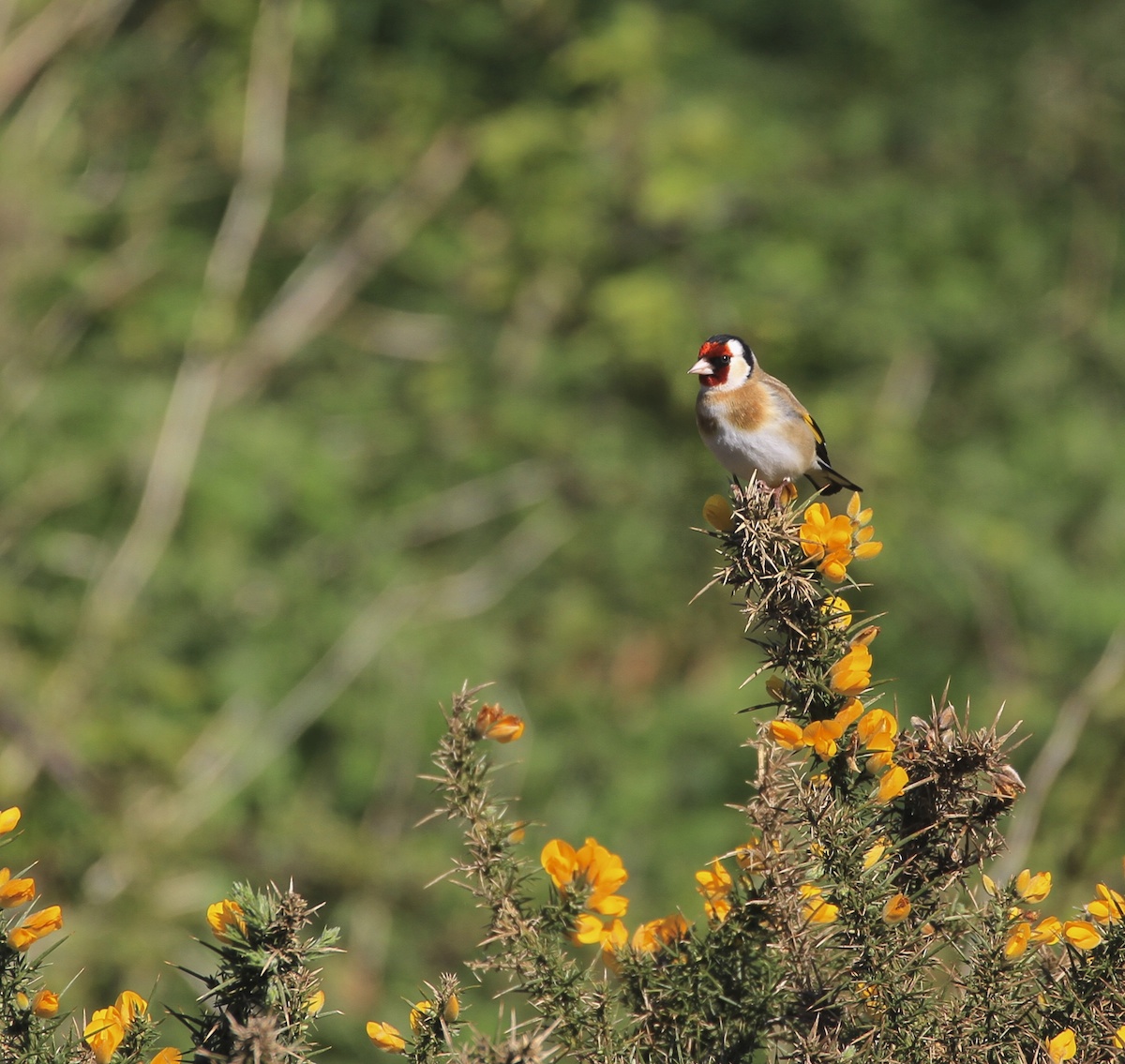 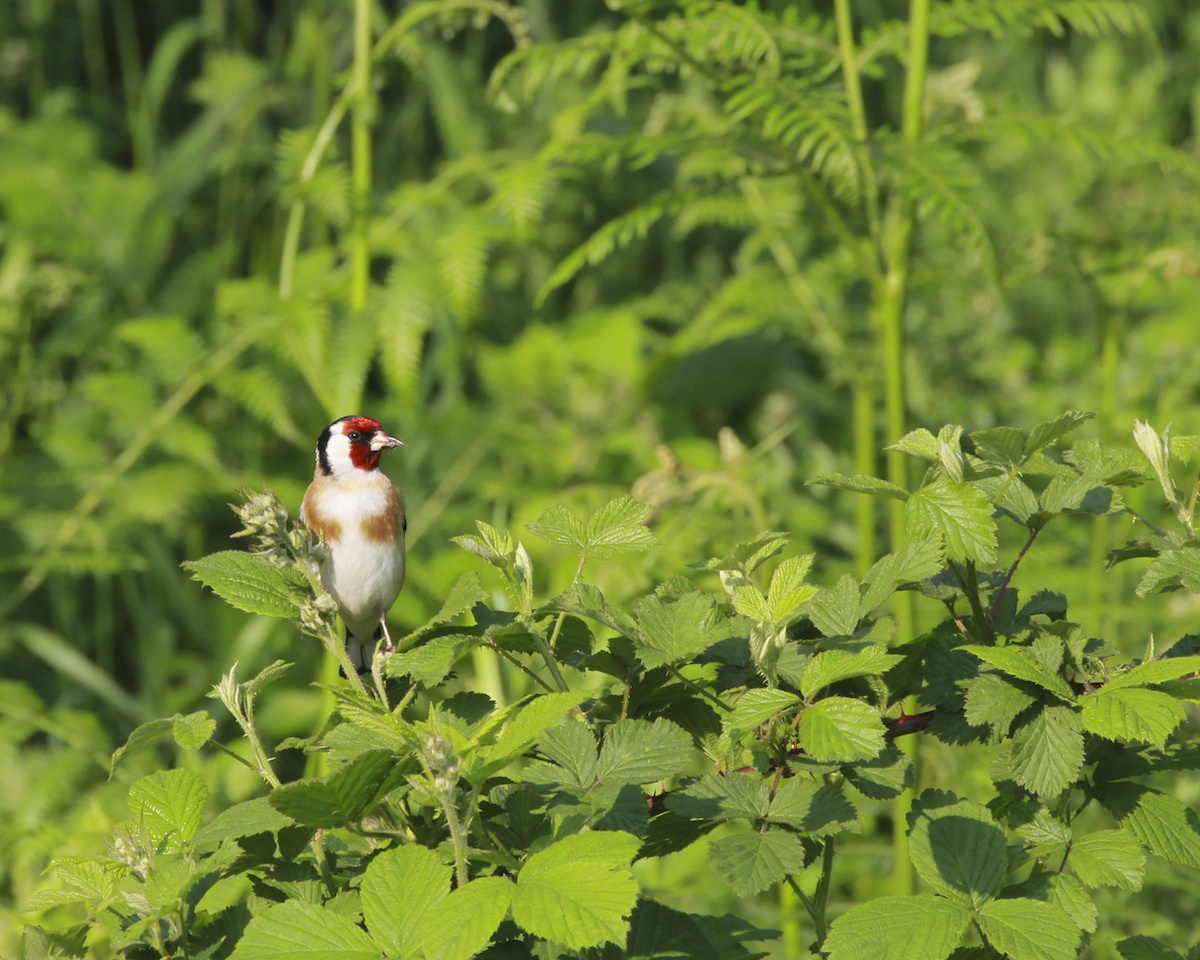 Last Goldfinch chick on the nest 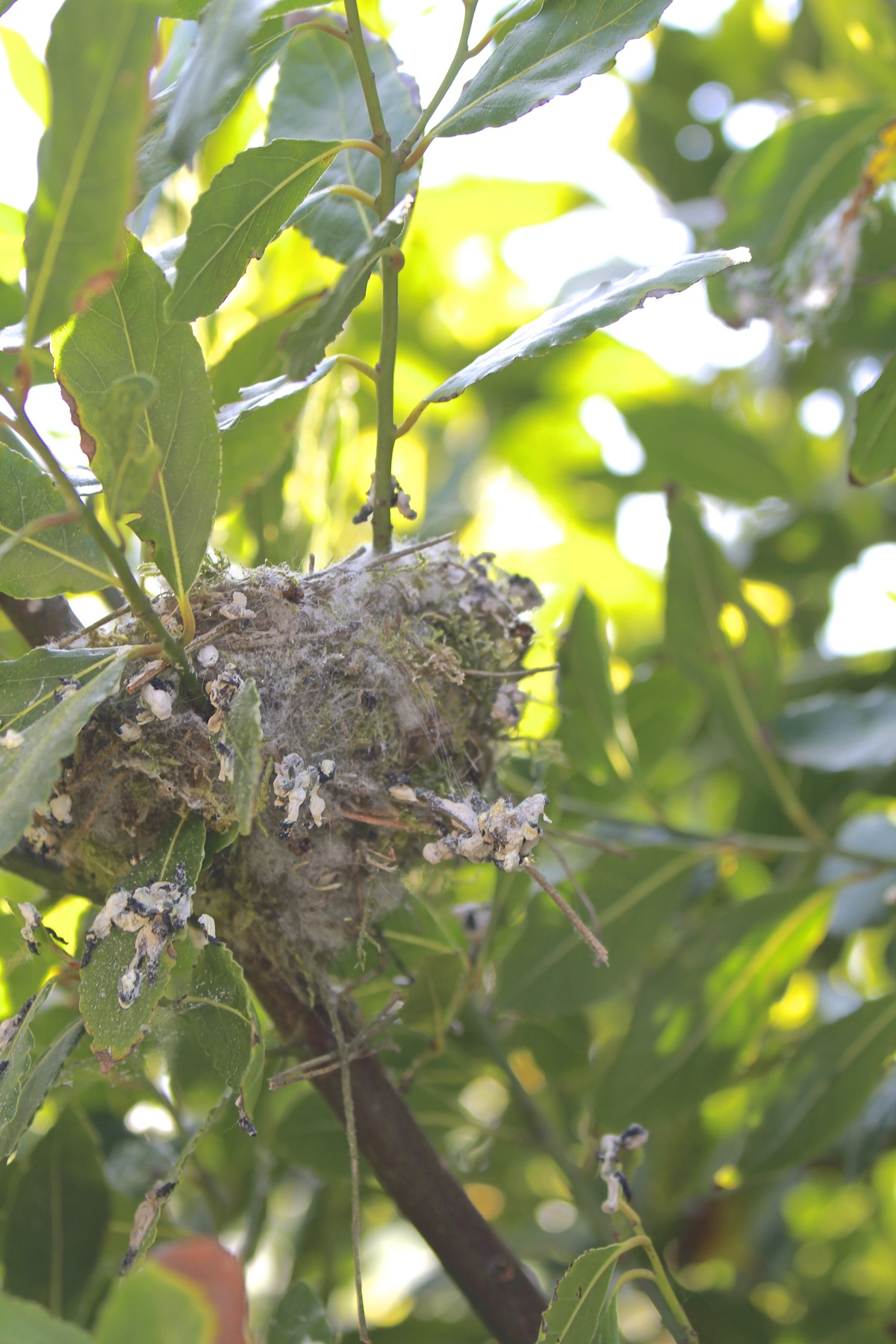 The tiny nest on the Bay tree 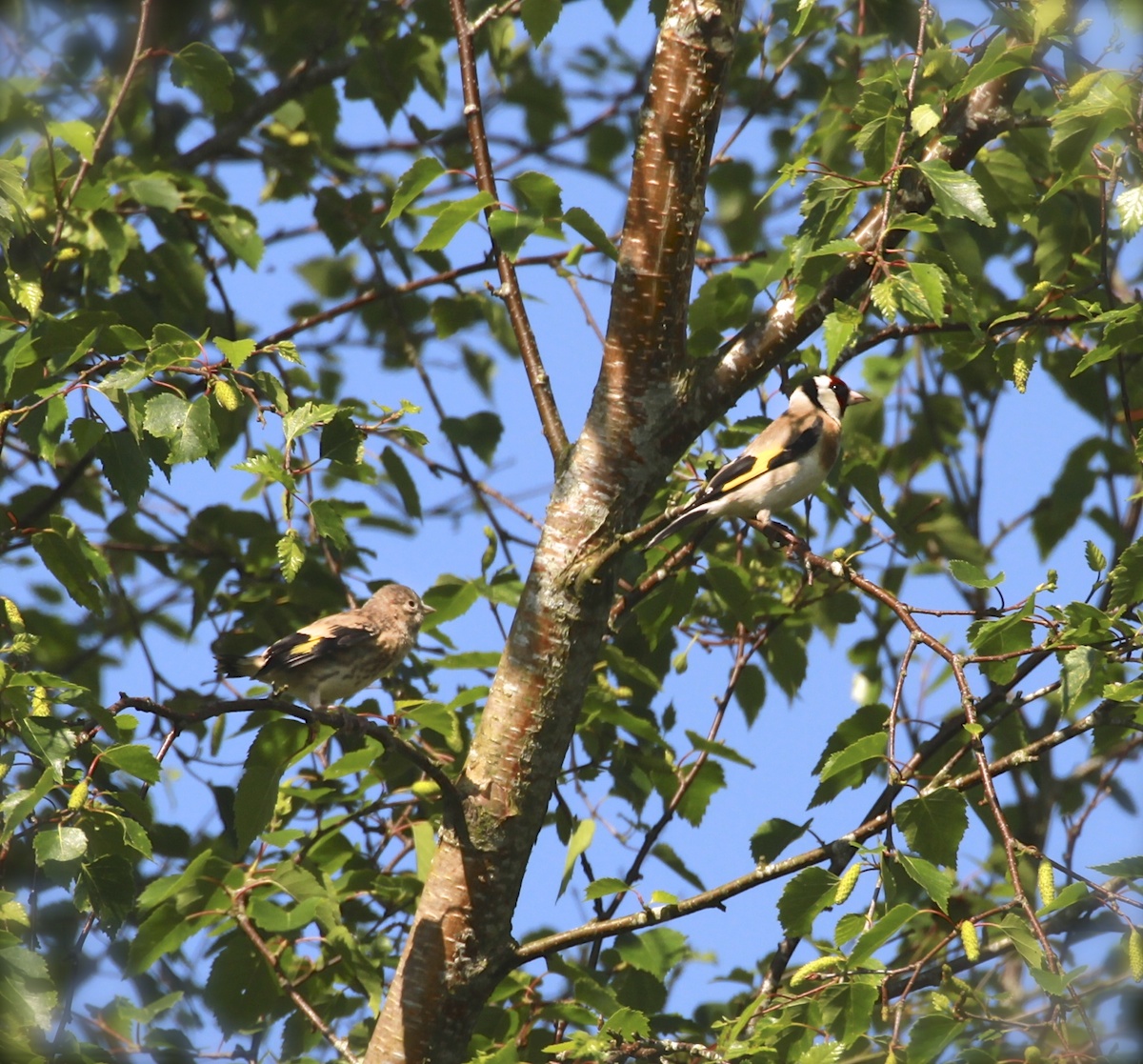 Female chick on the left with adult male

“We need the tonic of wildness…At the same time that we are earnest to explore and learn all things, we require that all things be mysterious and unexplorable, that land and sea be indefinitely wild, unsurveyed and unfathomed by us because unfathomable. We can never have enough of nature.”

― Henry David Thoreau, Walden: Or, Life in the Woods

Now that they have fledged I’m missing the three families of nesters outside my window. Luckily, over breakfast, we managed to catch the goldfinches fly the nest. I’ve never had the time before to sit and watch the whole process. Over weeks they became so used to us being there, that they carry on now as if we don’t exist.

First of all there was the frantic feeding. Over and back across the window, morning noon and night. Small birds make up to 3,000 of these journeys just to get their young to the optimum size to fly away. The blue tits whose nest is on the wall of the house. Like to show a bit of clever dodgery. So, you think I’m flying into that box? No way, I’m, actually flying onto this branch, then this roof, then this gutter and when you are bored watching, into the box. And then in the blink of an eye, they are gone again for the next meal…..

The adult goldfinches gave the game away on the day their young all flew the nest. Instead of flitting into the tree, they danced around on the opposite tree, calling to the young to come and get it. As I had never really seen this before, I guessed something was up but wasn’t sure what. One by one the young answered the call, flying high into the tree or dropping from the nest onto a lower branch.

We thought over the rest of the day that they were all gone. So we peeked into the tree. One little guy was still sitting on the nest. He looked way too big for it. And afterwards we couldn’t imagine how they all fitted into this tiny little nest. It would fit into the palm of one hand. It was so close to the edge of the tree, that we had no idea how vulnerable they were or how if we had moved just one leaf, they would have been visible. (We are careful to avoid going anywhere near the nests as we don’t altogether know what we are at.)

Now just outside the range of the window is another layer of nesting birds. Blackbirds, thrushes, reed warblers, willow warblers, bullfinches, chaffinches, and of course very loudly on the roof, the tribe of starlings. Beyond the meadows and around the lake the next layer of birds have their young; swans, herons, ducks and moor hens.

The cuckoo who arrives here from Africa every April can be heard every day, making mischief in the forest beyond. And circling above as always, the calm gliding buzzard family.

Research now shows that birdwatching is good for mental health. While working from home can be challenging, tuning into the life of these busy little colleagues has been inspirational. There has been a decrease in many of our wildflowers and insects but around here at least birds are thriving and I suppose winter feeding has helped with that.

But it’s also down to maintaining some wilderness, allowing so called weeds and grasses to grow and seed. Right now they are abundant. Remember to allow a small patch at least of nettles and wild stuff!

If you love them, and who doesn’t you can visit a gallery of foxgloves here, now blooming all over County Waterford. 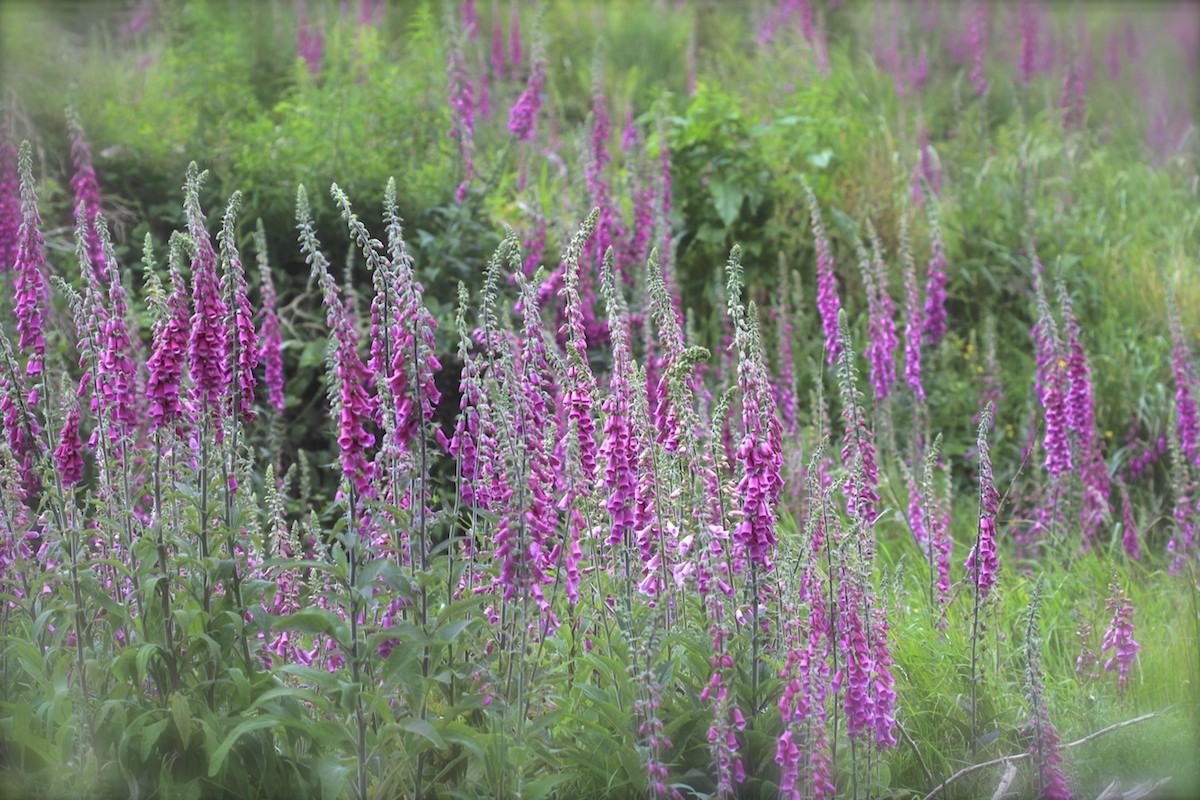