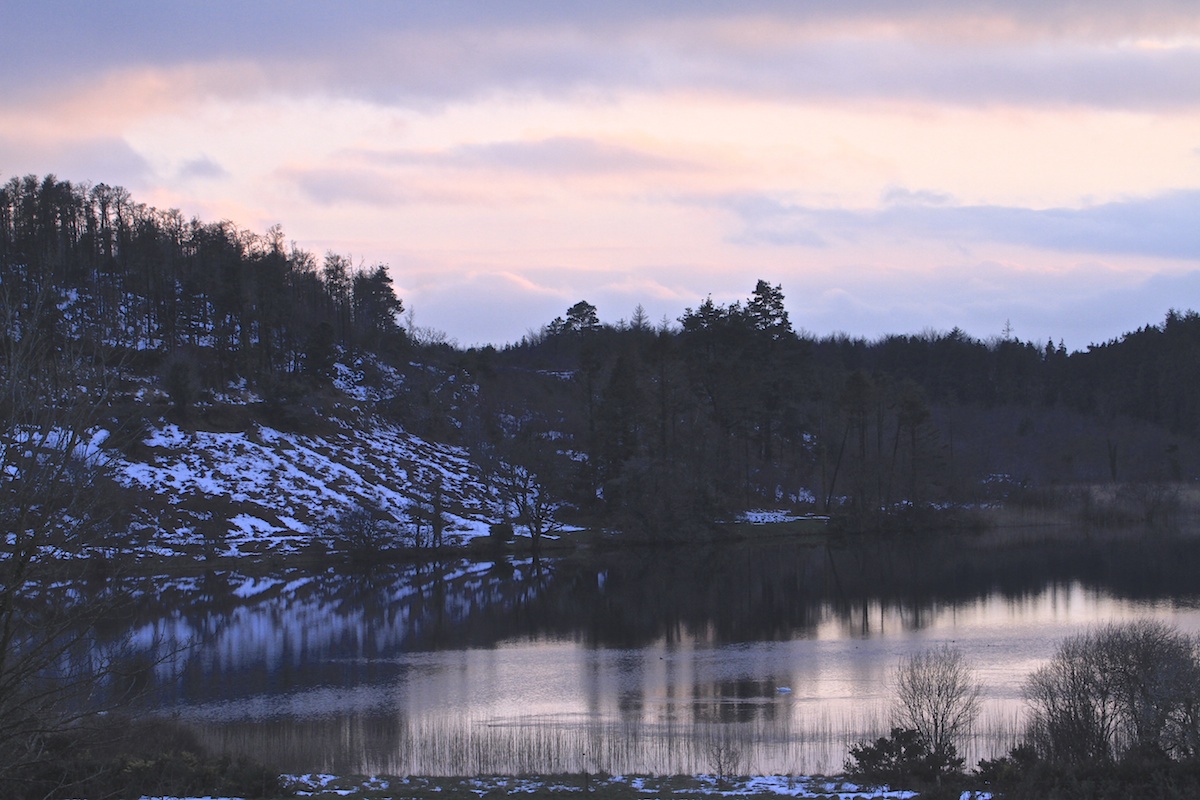 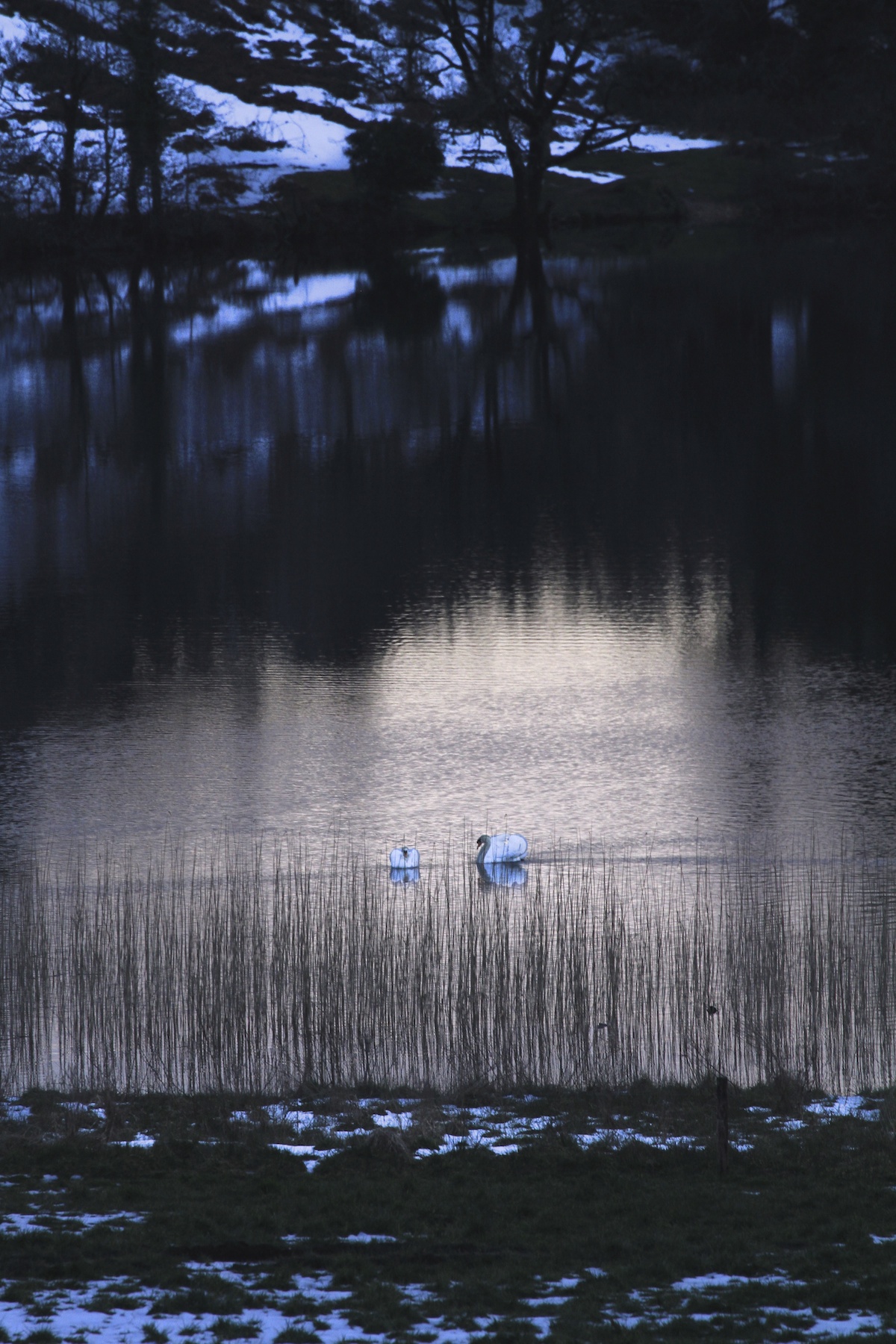 Q. How many Irish Mammies does it take to change a lightbulb?

A. Sure don’t mind me I’ll be grand in the dark.

So the snow eventually thawed, although for days it was banked up on both sides of the escape route. I didn’t venture down to the lake but went to the highest vantage point in the house and photographed it from a distance. The air was still, ice. The land cold, dark.

It was the dark I decided to dream with today. Dense black soil, endless shadow and the unknown spaces in between. Even though spirits can be hopeful through the darkest times, maybe it’s only when you’ve come through something that you finally can feel it. The shock, the fear, the gratitude, the vulnerability. A tiny sliver of it opens up every so often. A glimpse.

After an accident it takes time to get your confidence back.  For weeks I wouldn’t venture outside. Kept visualising disasters. Ironic and all as it is, there have been a ton of broken bones as a result of the recent snow. My physiotherapist is lining up dozens of them. I keep meeting people on crutches and in slings?! It’s like getting strange messages from the past. Or maybe recognising fellow one handed and one legged aliens adrift in the world of the able bodied.

There is always just one pair of swans on the lake. Even when offspring try to muscle in, they are vamoosed. The male will fly at them, wings flapping furiously and after a few circuits of the perimeter. They are currently nest building again, always a risky business.

I’m trying to be positive about getting better and feeling energetic. I’ve slowed down to what feels like a “safe” pace. It doesn’t suit me. It’s too slow for my creative flow.

So while it is a bit dark, a bit cold, a bit slow, I find these two incredible resilient creatures carrying on. And carrying on is what I’m doing too. Everyday a bit closer to the sun and a more vital pace of life.