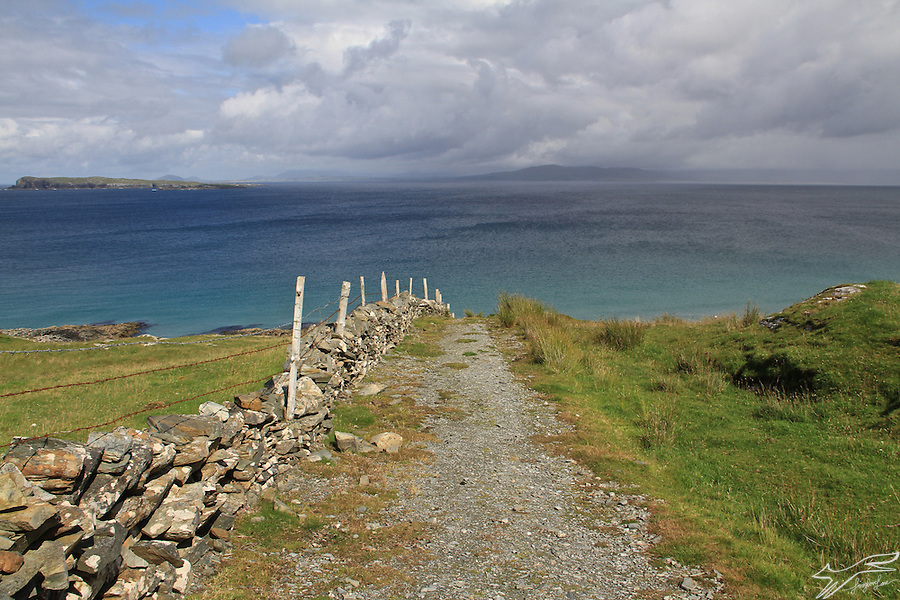 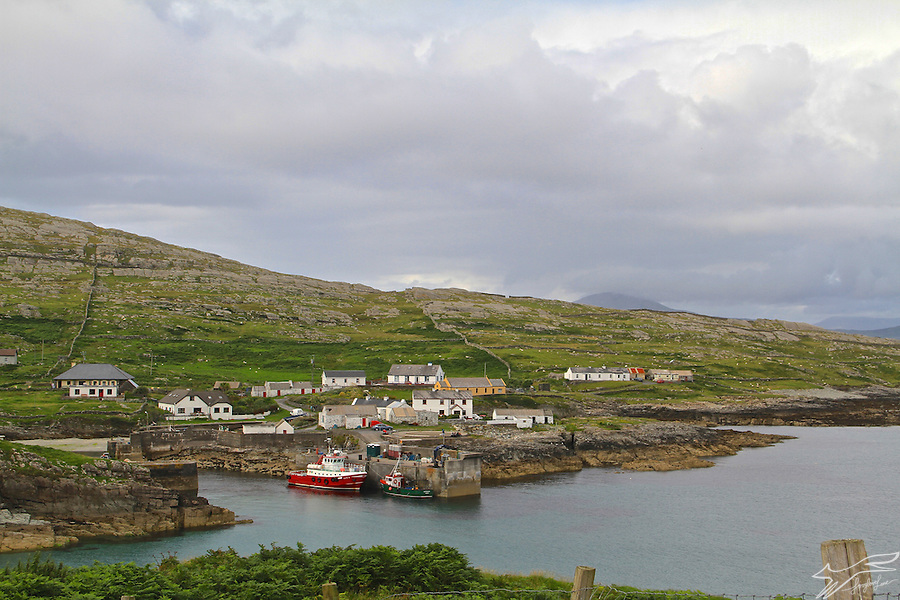 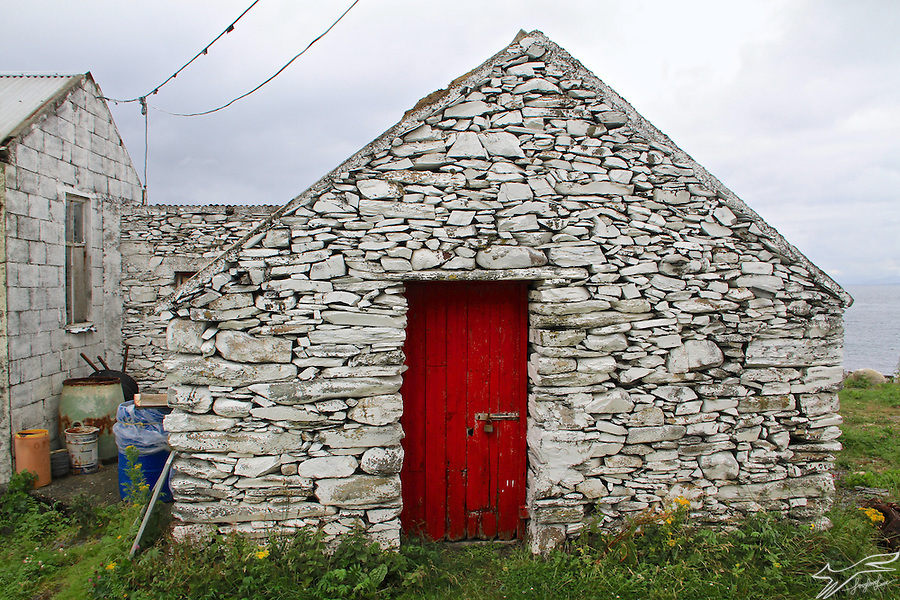 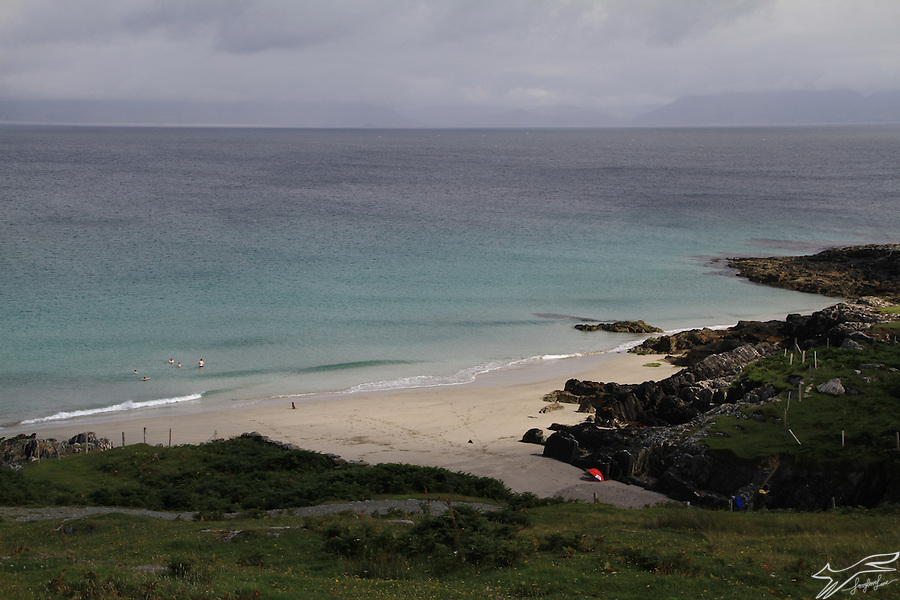 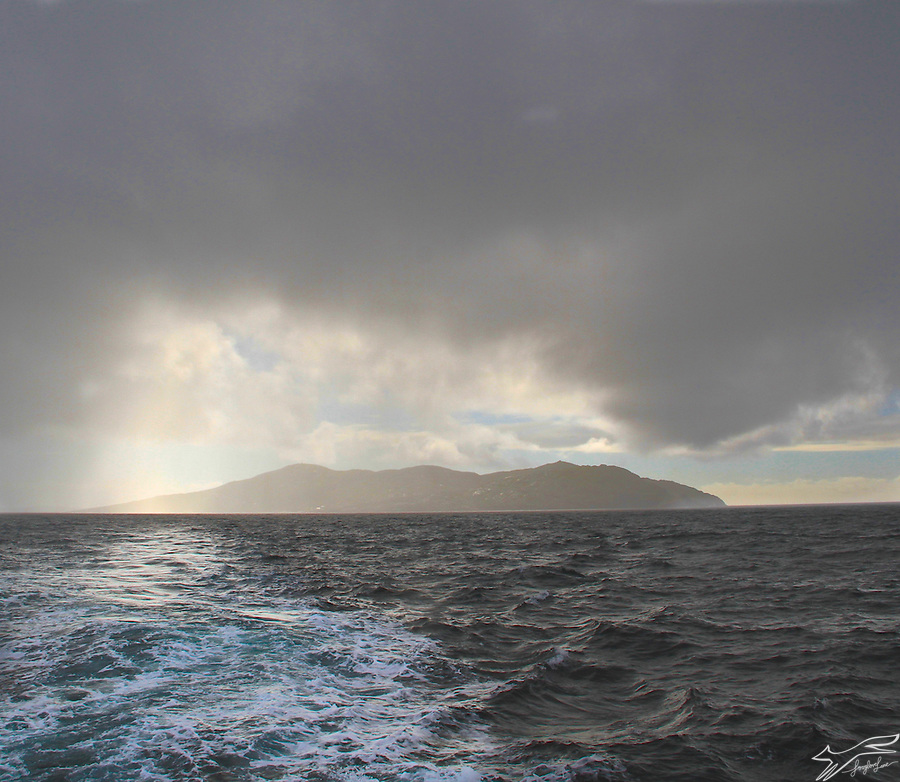 And some time make the time to drive out west
Into County Clare, along the Flaggy Shore,
In September or October, when the wind
And the light are working off each other
So that the ocean on one side is wild
With foam and glitter, and inland among stones
The surface of a slate-grey lake is lit
By the earthed lightening of flock of swans,
Their feathers roughed and ruffling, white on white,
Their fully-grown headstrong-looking heads
Tucked or cresting or busy underwater.
Useless to think you’ll park or capture it
More thoroughly. You are neither here nor there,
A hurry through which known and strange things pass
As big soft buffetings come at the car sideways
And catch the heart off guard and blow it open

At some point, when out west, we reach for this poem. It’s when the magic of the place begins to work on you and “you are neither here nor there, a hurry through which known and strange things pass” We are travelling to Inis Turk a portal to the vast Atlantic, a tiny island off the west coast of County Mayo. Leaving Roonagh Pier, the boat hugs the waves and my sister hugs a wooden bench clinging on to dignity amidst the swell. It seems like too long a way, too bumpy a ride, too wet to enjoy.

Once there, as the islanders out west always claim, the sky clears. The little village is bustling with cars as passengers are gathered up by some of the 58 locals, and swept off to their various rooms and lodgings all over the 4×8 kilometres stretch. There is no need for NCT tests out here by the looks of it and the cars are assorted and ancient. A good plate of beer battered pollock and chips settles the system and we ramble on to the old harbour, the cliffs, the turquoise sea and the silver sandy beaches. Later we swim in waters which seem as clear and as blue as any in ancient Greece.

What struck me most about Inis Turk was the small community of enterprising islanders who made us feel so welcome. They run the community centre, have to spend time giving directions to windswept tourists and carry on a harsh enough life, making ends meet and maximising the local resources. It’s difficult even in my most romantic moments to imagine living here.

As we pull away from the island that evening, “when the wind and the light are working off each other so that the ocean on one side is wild with foam and glitter,” we look back at mystical Inis Turk, in the silvery evening, and we sigh……